Take a trip inside the lab with LOOPRAT as the crew cooks up their new single, Still Saucin’. When lockdowns closed venues, studios, and restaurants in 2020, LOOPRAT came together to record the “Locked in the Lab” mixtape. Chef Brandon Panosh keeps the band well fed with a 5 star meal as Still Saucin’ comes to life from scratch in this latest visual release.

Special thanks to Chef Brandon Panosh

'Locked in the Lab' OUT NOW via LOOPRAT.com

Armani Abomb takes a trip down memory lane over NatKingFlo production with a visit to his childhood home as featured vocalist and visual artist BlackBuddhaBear demonstrates the lasting power of a timeless legacy with a charcoal portrait series. ‘Rap Write Repeat’ is the 3rd single release from jazz-rap collective LOOPRAT’s ‘Locked in the Lab’ mixtape, available now via LOOPRAT.com

'Locked in the Lab' Mixtape OUT NOW

After a year in quarentine, the LOOPRAT Collective is proud to present 'Locked in the Lab' to our listeners. The project is available now exclusively through our website prior to streaming release. Click here to check out the newest offering from Davie Napalm, Armani Abomb, NatKingFlo, Joey Ferber, Sojy Fatz, and the Quintessential band. Enjoy, and remember to share the music! 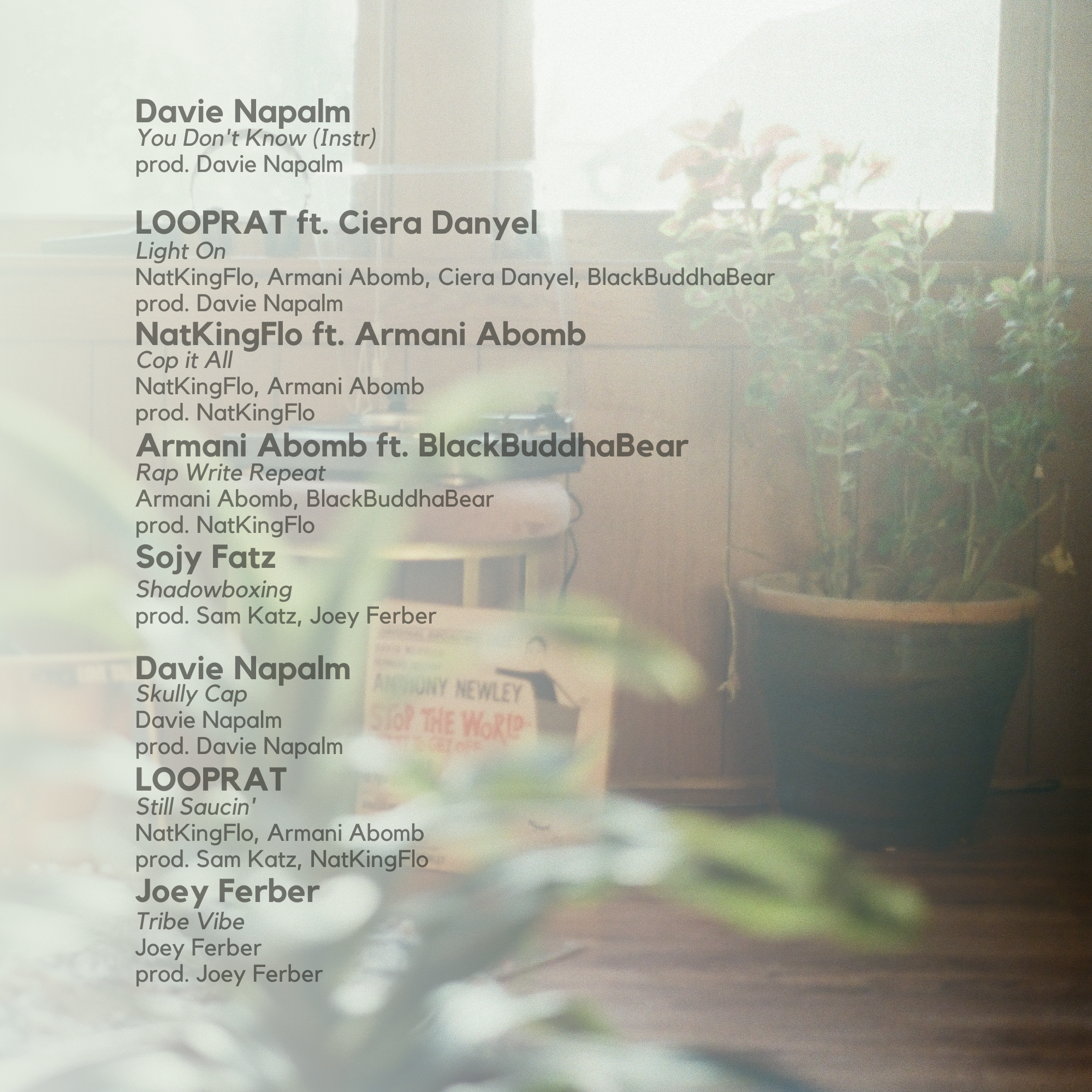 After a year in lockdown jazz rap collective LOOPRAT is back in full effect. Celebrate the release of “Locked in the Lab” with the crew May 29th at Blue Strawberry. The project was put together last summer and fall while social distancing and is in many ways a compilation tape from various members and smaller collaborations within the group. Hard copies will be available exclusively at the show and through LOOPRAT.com prior to streaming release. Catch performances by Davie Napalm, Joey Ferber, Armani Abomb, NatKingFlo, Sojy Fatz and the Quintessential band. This is the full LOOPRAT experience, mark your calendars!

Tickets and Livestream On Sale Now 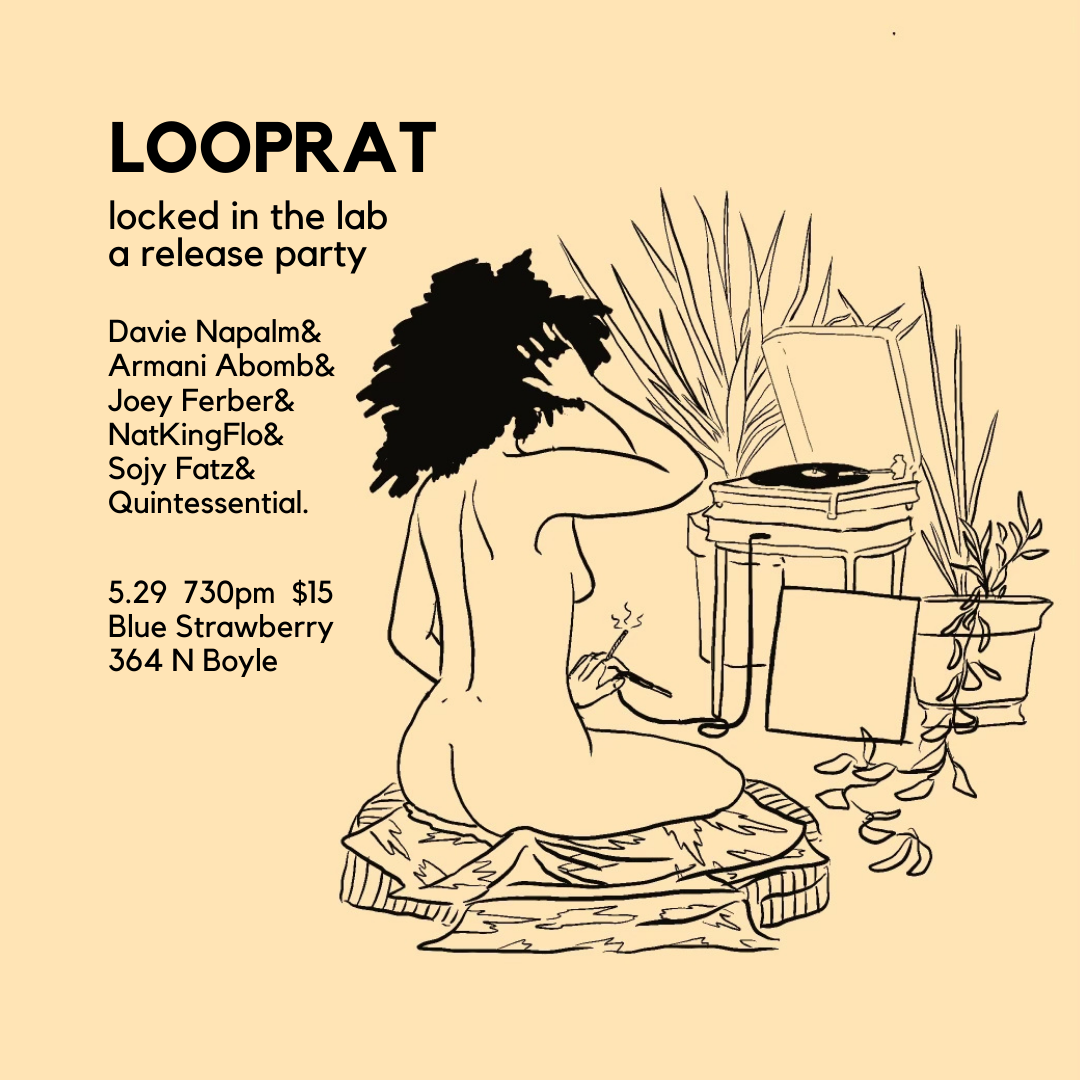 The LOOPRAT Collective comes together yet again for another submission to NPR's Tiny Desk Contest. Check out the gospel inspired cut produced by Davie Napalm, featuring Greg Sallie on organ and Lisa Houdei and Ciara Marcano as the featured chorus. Hopefully this one will lift your spirits as we all find ways to come together while staying safely distanced for the time being. Make sure to share the video if you are vibing, and let @nprmusic know as much on social media!

Tucked into the description of the video on YouTube is an announcement of sorts. "Album OTW" , and indeed it is! Literally as we planned our final recording session earlier this month, St. Louis followed the rest of the globe in instituting quarantine measures to help fight the spread of Covid-19. With such uncertainty in the immediate future we can't set a date for release, but look forward to seeing everyone on the other side as soon as possible. Stay safe, stay home, play LOOPRAT at loud volumes from your balcony.

LOOPRAT is happy to introduce our newest member, an incredible soul singer who you will get to know very well soon enough. Micah 'Black Buddha Bear' Shelton started working with the crew at the start of the summer. While we have been putting finishing touches on many group tracks for an upcoming project we decided to collaborate and release a single with an STL based production duo 'The Belief Cycle'. Excited to share this one!

Enjoy the first appearance of many by Black Buddha Bear.

"Silly Affairs" is Joey Ferber's debut single and considering his role as a guitarist for the St. Louis based jazz hip-hop collective, LOOPRAT, it makes sense that it is a collaborative effort. Ferber, a burgeoning singer-songwriter in his own right teamed up with fellow LOOPRAT NatKingFlo for this whimsical, guitar-laden bop, that's stylings resemble something like R&B with a dash of rap. While the song's playful aesthetic hints at love and heartbreak, its core gets at the deep, sometimes complicated emotions behind romance. The song recognizes the importance of choosing time wisely, spending it with people who have your best interest in mind and vice versa. But as the video details,  these decisions aren't always so clear cut. Ego gets involved, and next thing you know, lessons get learned the hard way.

For the visuals, Ferber teamed up with fellow St. Louisan, Freddy D'angelo to create what ended up feeling more like a short film than a music video. As far as follow ups, expect more collaborative efforts and solo content to support his debut drop.

The current landscape of music and culture at large is to some, a pain. However it all depends on where you look. The newest release from jazz/rap collective LOOPRAT finds the group reflecting on the effect our surroundings can play on our stability and contribution to the greater good. Being bombarded daily with unhealthy and uninspiring influence takes its toll. The more we feed these insecurities the more they can control our perception. Combating the trends with courageous individualism may seem like an uphill battle but the end results are all the more satisfying.

LOOPRAT at The Sheldon w/ Mathias & The Pirates Nov 16th

As odd as it sounds, “Hip Hop Live” kicks off this weekend with iLLPHONiCS and Blvck Spvde in the Sheldon ballroom.

Other acts in the series, which will showcase hip-hopacts that play original music, are Mathias & the Pirates and Looprat on Nov. 16 and Midwest Avengers and Anthony Lucius on Jan. 19. DJ Nune spins. 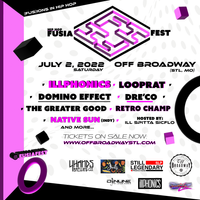 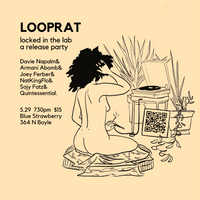 After a year in lockdown jazz rap collective LOOPRAT is back in full effect. Celebrate the release of “Locked in the Lab” with the crew May 29th at Blue Strawberry.

Join us for our 3rd monthly installment of 'The Lab' w/ LOOPRAT, where you may hear us testing new music from the collective or experimenting with revamped renditions of past releases. Don't be surprised if special guests sit in for a surprise (co)lab every now and then either. Being such a large collective of musicians, LOOPRAT is hoping to showcase the diverse array of sounds that we pull from individually and bring together as a group. 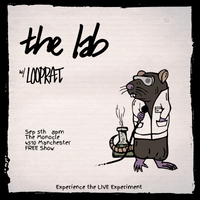 Join us in kicking off the newest FREE monthly series at The Monocle. 'The Lab' w/ LOOPRAT sets the stage for the jazzrap collective to test new music in the works each month. Expect to hear collaborations from LOOPRAT solo artists Davie Napalm, Joe Ferb, NatKingFlo and Armani as well as unreleased group tracks including fresh material featuring the newest member of LOOPRAT, BlackBuddahBear. The surprises won't stop there. More avid LOOPRAT listeners may be aware of some of the instrumental groups within the collective as well. Keep an eye and ear out for more from Sojy Fatz (guitarist Joe Ferb and saxophonist Sam Katz's production side project) as well as Quintessential, the instrumental jazz combo side project spearheaded by bassist Albert Marshall.

What does LOOPRAT have cooking in this month's Lab? Pull up September 5th to experience the experiment. 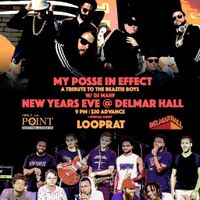 NYE with My Posse In Effect 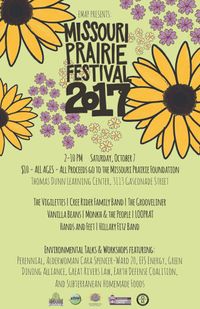 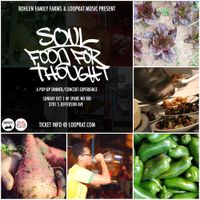 Bohlen Family Farms and LOOPRAT Music present the 3rd installment of the St. Louis based popup dinner/concert experience. Join us Oct. 1 on the Spare No Rib patio bar for fresh farm to table eats and jazz/hiphop vibes. Doors 6p/Dinner 6:30p

Email bohlenfamilyfarms@gmail.com with any dietary restrictions. 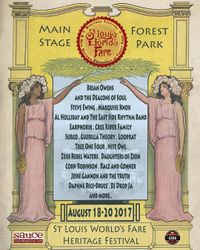 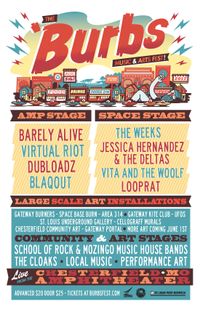 Showcase STL is the largest musician showcase in the cities history. Join us at the outdoor stage of Atomic Cowboy for a live band performance! 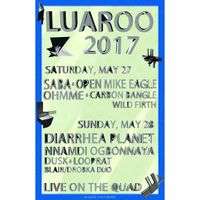 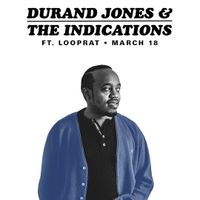 Bayou-born soul sensation, Durand Jones got his start in the church, after being forced to sing in the choir of his rural hometown Hillaryville, Louisiana because his Grandmother thought he sang too much at home. When his music career took him to Bloomington, Indiana, he was selected to join the legendary Indiana University Soul Revue, and it was through his involvement that he met writer/producer duo Aaron Frazer and Blake Rhein. The three began writing original soul music, recording themselves straight to tape in the basements of Bloomington - and their debut album is out now. 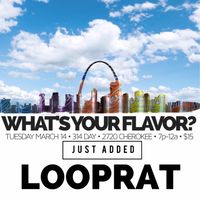 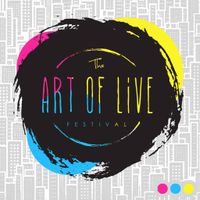 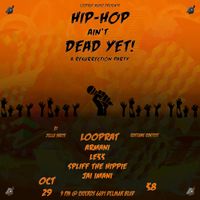 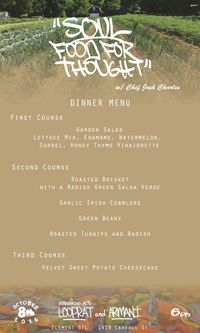 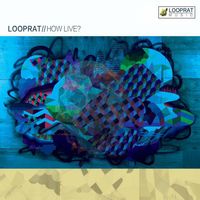